“The thing I appreciate most about the potential of Landbot, much more than a landing of a website, is that you can tell the story and respond to what the person who’s reading or interacting with it in a more meaningful way... We’re bringing in people as donors because they understand not just how their support helps but because they understand the need and the story behind the need.” 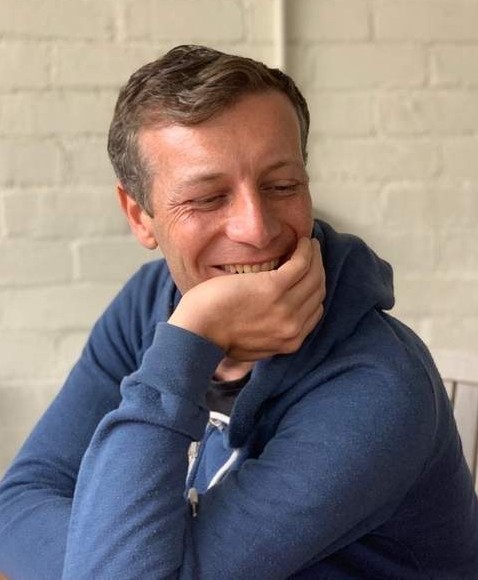 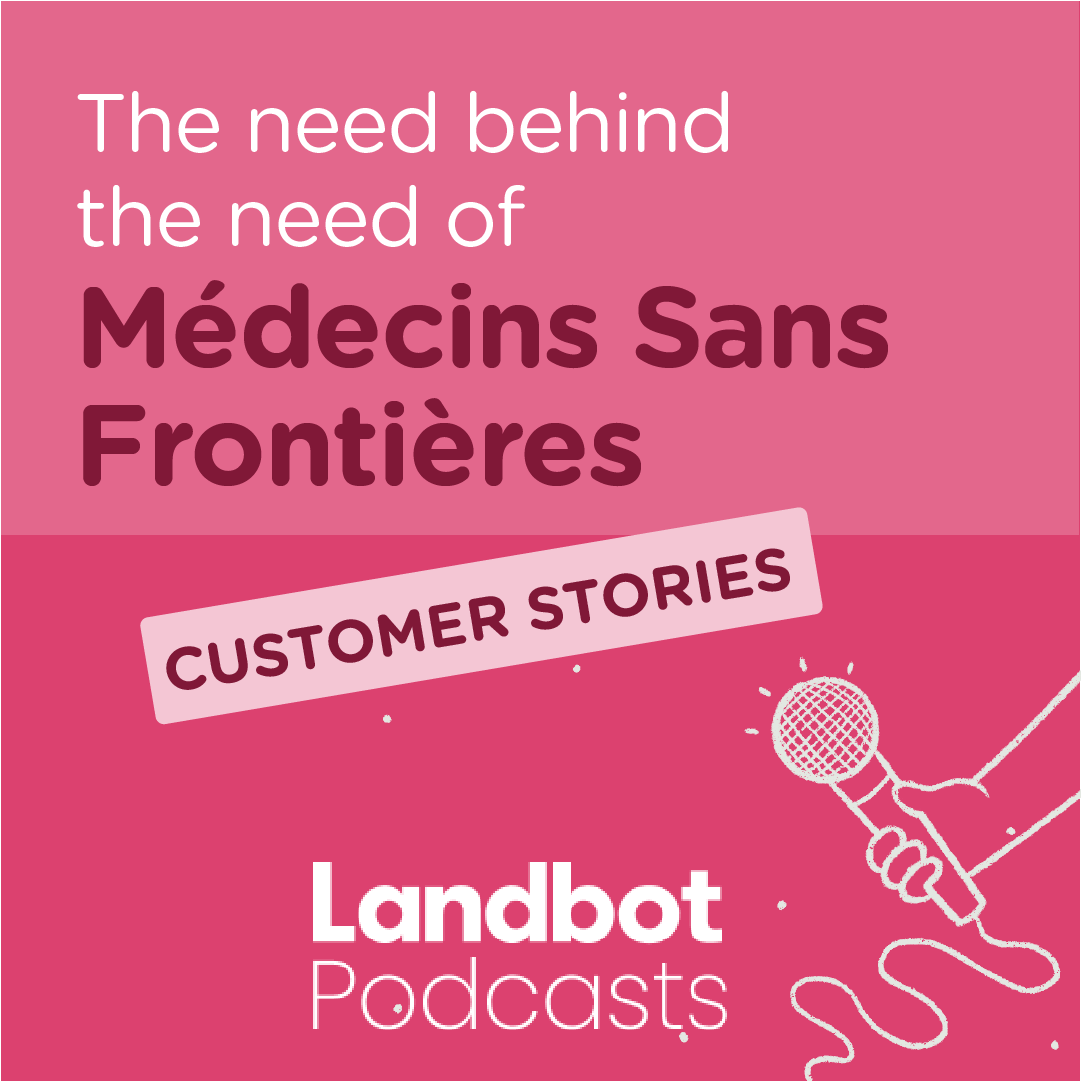 hosted by Cris Villar
Landbot's Co-founder & Head of Customer
Interacting and telling stories in a meaningful way to help understand the story behind the need.

Sometimes rendered in English as Doctors Without Borders, is an international humanitarian group dedicated to providing medical care to people in distress, including victims of political violence and natural disasters. The populations the group assists typically lack access to or adequate resources for medical treatment. The group was awarded the 1999 Nobel Prize for Peace
‍
Website: msf.org

The Nigerian Civil War also referred to as the Biafran War, became one of the most divisive wars in Africa's post-independence history. Millions of people, mostly civilians, died between 1967 and 1970 as a result of mass killings and a famine crisis caused by the Nigerian state's blockade of the self-proclaimed separatist Republic of Biafra in the country's east.

In the wake of these events, a group of French doctors and journalists established an independent organization with the major aim of delivering medical care quickly, effectively and impartially, across national borders. Médecins Sans Frontières also known as Doctors Without Borders was officially founded in 1971 with 300 volunteers prepared to further its cause. Currently, it counts nearly 40,000 staff across over 65 countries.

NGOs need strong relationships with donors, supporters, the media, and even government organizations in order to pursue its mission effectively. However, simply having a major cause for which you are fighting as an NGO is not enough. People like to donate and volunteer for organizations they trust and understand.

This is why it is important, now more than ever, to have a good marketing strategy in place. A strategy that will help the organization stand out in a world crowded with compelling causes and educate the public their fight to make the world a better place, about their story.

Marketing has always been about connecting with the public in the right place and at the right time. Today, that means meeting them where they spend most of their time: on the internet.Through digital marketing, you can quickly and cost-effectively engage with people, build trust and inspire confidence that will motivate supporters and donors to actively participate and donate funds.

A large number of our donors and supporters come from our website and we also have a very strong social media presence like on Twitter, Facebook and Instagram as you’d expect. We’ve been expanding to look at new digital technologies and how we can use them to increase the number of people recruited to support our causes. We also want to build a good base for the future and we’ve been searching for new and exciting ways to transmit messages effectively to convey credibility and useful information

Everyone has a role to play and a story to tell

2015 will be remembered as the year in which traffic on messaging platforms exceeded traffic on social networks. Today, five years later, the paths have grown even further apart.

Zuckerberg and the team continue to dominate the worldwide landscape with data revealing that either WhatsApp or Facebook Messenger is the most-used app in 208 of 234 countries and territories. As if that was not enough, Statista shows that, in April 2020, two billion users were accessing WhatsApp on a monthly basis, while around one billion users were actively engaging on Facebook Messenger.

One of the things we, as an organization, have tried to work hard to develop is links between how we communicate and how we fundraise. In the world of broadcast, charity fundraising quite often was a very focused TV ad or poster where the “Ask” was central. In the 1980’s you might have the kind of image of an emaciated child from Africa. Though image, now rightfully discredited as “poverty porn”, was used as a means for raising funds because it elicited strong emotional responses. However, people are not motivated to support or contribute because of a thorough understanding. What you’re actually doing is doing the “Ask”, but you’re not really doing anything to raise awareness or to engage with people, to tell stories. That child’s story is untold, says Nick and continues:

The thing I appreciate most about the potential of Landbot, much more than a landing of a website, is that you can tell the story and respond to what the person who’s reading or interacting with it in a more meaningful way and you can tell more if they’re interested or if they’re keen to jump to action. For me, that kind of flexibility felt like the perfect match to what we’re trying to do about combining communications and fundraising. We’re bringing in people as donors because they understand not just how their support helps but because they understand the need and the story behind the need.

Care where it's needed most

As a result of the medical and public health challenges associated with the response to economic uncertainty impacting vulnerable people, this pandemic is producing needs above and beyond the ordinary. In addition, the problems generated by COVID-19 are too large for any person or organization to address, and the concerns of each community may differ widely.

The team at MSF Spain saw this, as Nick states,

With the whole world facing a humanitarian emergency due to the COVID-19 pandemic and hitting really hard in Spain, we noticed a huge increase in conversations within our social media community around mental health, anxiety, and other well-being issues. With MSF’s psychological support units experience in other epidemics, we’re starting to produce new material primarily targeted at staff, to help them during this period.

At the same time, we were starting to work with an agency that would help us out with Landbot and we thought it was the perfect timing to do something that could offer a lot of value in our Coronavirus webpages, where we were seeing an average of 10,000 visits a day. That’s when we decided, with the agency, to build a mental health landbot with key tips for people who were at lockdown at home and on their own.

During these uncertain times, we’ve been seeing stories of people’s lives during the lockdown from all around the world. Stories from those on the frontline as well as patients recounting their personal experiences with coronavirus and the care they received. And we’ve been connecting with them because they made us realize we are not alone.

Hearing powerful, real stories gives us hope when maybe we see no hope at all. We are not alone

Storytelling is one of the oldest forms of human communication. Cave walls represented, besides shelter, canvas where our ancestors painted to share stories about their life and culture.

They told stories of wars, hunting, and history,

Stories, well told, enable us to share messages that build strong ties with the people we hope to serve.Bernadette Jiwa

Stories are the basis of good conversations. What this actually means is that a good story is something that helps us connect and understand not just rationally but emotionally.

Individuals who are seeking to improve their mental health and well-being also report feeling much better after sharing or listening to stories they can relate to as they feel less like outsiders and realize there are others in similar situations.

With all the content we had from our Psychosocial Support unit, we’ve started working on a landbot with a set of emotions people might be experiencing; taking a storytelling approach, running through how different fictional people dealt with anxiety or stress or insomnia or other kinds of emotional reactions to the situation in which we were leaving. This landbot was then recreated in other languages like Italian or Portuguese, because this felt the right response from MSF at this particular point in time and the right thing to do for our supporters who’re often here for us and we needed to be there for them.

Stories of doctors, nurses, logisticians, and other project staff working for MSF overseas are inspiring. They save lives in the most extreme places, they offer hope and care. They are Médecins Sans Frontières, known in English as Doctors Without Borders or Médicos Sin Fronteras, in Spanish.

‍Do yourself a favor and get involved.

With Conversational Design & Landbot, customer engagement reaches heights you have never seen before. Real talk with interactions that matter.

KumanuCare was created out of the necessity of patients and caregivers of chronic illnesses to find information without drowning in internet's ocean.