"We’ve made sure that, as part of the process of using the virtual assistant, we ask everybody to give us feedback and it’s been really positive. It’s great to read people saying it enabled them to find what they’re looking for or that it helped them complete the task they were doing, while others saying they wouldn’t have used digital services previously and are now comfortable in using them through the landbot." 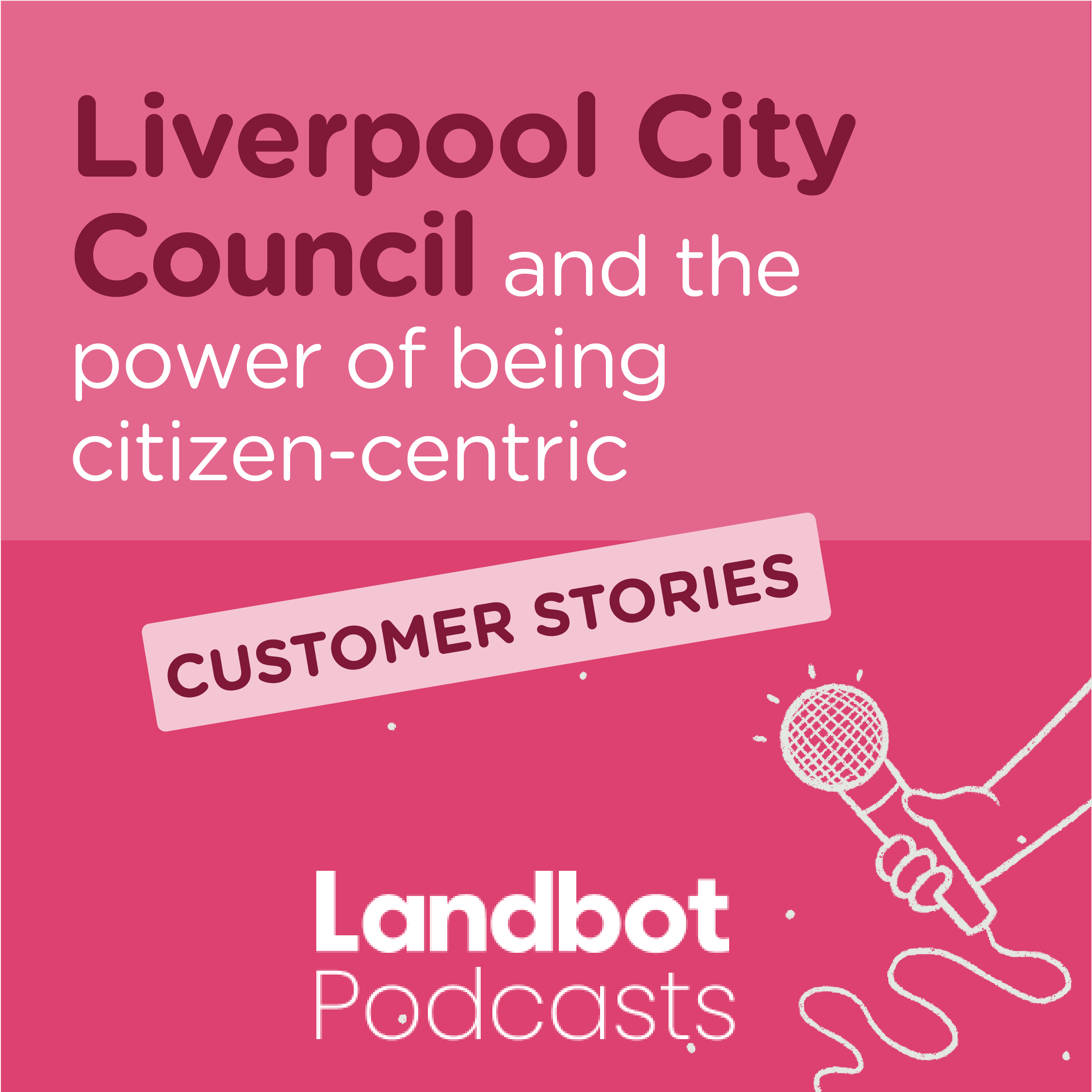 Liverpool City Council uses Landbot to provide better and faster support to their community and residents.

Digital technology is all around. Our daily lives and practices have been intertwined with the use of social media, smartphones, tablets and the Internet. Digital technology has been deeply embedded in the way we live and learn and citizens expect no less from their city.
‍
Smart cities or cities where the future is now. A new normal where citizens create the city, not the other way round. Cities with services available instantly and easily anytime, anywhere.

There, beneath the blue suburban skies

Though it may be best known as the birthplace of The Beatles, which continues to act as one of the city’s biggest tourist draws, this port city is much more than that.

Liverpool is one of the most artistic cities in the UK with plenty of art galleries, listed buildings and national museums ( second highest number, right after London ) being many of these free admission. A great example of this is the Walker Art Gallery, which opened in 1877, making it the first public art gallery in the UK.

Out of curiosity, did you know that the first passenger railway line in the world was introduced in Liverpool and that it’s also home to Britain's largest cathedral? Or that the first use of the x-ray was in Liverpool by the hands of Charles Thurstan Holland and Sir Oliver Lodge? Or even that, in 1913, John Archer became the first black man to be elected as a mayor in Britain? Well, many other interesting facts about Liverpool you can discover here.

It's getting better all the time

As seen above, innovation was always a word that well characterized Liverpool and since being named European Capital of Culture, Liverpool and its innovative community have been amplified and the commitment that the city requires to prosper in the future is growing.
‍
Intuitive websites, interactive apps, self-service portals, mobile applications have become normal in every facet of our lives, and citizens expect no less from their cities. Knowing this, the Liverpool City Council is reimagining the way that people interact with their services, making them more accessible and more responsive to real-time demand.

We know we needed to increase the number of digital channels we were offering to help and engage with our residents. We noticed there were a couple of pain points in some of the websites we were using, around how we could give some assistance in real time to the people using them and get them to stay within the digital channels, rather than having them switching back over to using things like telephone or face-to-face.

We realized we’d need a virtual assistant, more than a chatbot, that could be available all the time to support our residents with up-to-date and consistent information. For this, we wanted a tool that could be easy and fast to implement and also that could provide our people with an easy way to interact with and Landbot had it all.

Here, there and everywhere

As digital technology has changed industries, people are calling for governments to follow the same path. Most of us not only favor digital services, but these platforms can also empower citizens and broaden their engagement with government.

By digitalizing their processes, governments will provide services that meet the rising needs of residents and businesses. William gives us an example of how that looks like at Liverpool City Council’s websites,

From the council tax and benefits page, for example, we see thousands of residents and citizens each month using our landbot and maintaining the digital journey with us, plus encouraging them to keep on using our website going forward. Which was exactly what we wanted with our channel shift agenda; looking how we could encourage and support people to make that jump from face-to-face/telephone channels over to our digital channels and from that point of view Landbot really helped us.

And if there is a global lesson to be learned from the Covid19 pandemic, it’s the importance of digital flexibility. The past few months have shown businesses and governments that they need to be able to adapt their processes and strategies quickly in a time of crisis.

Governments that digitally transform themselves can expect to ease the burden on public budgets and boost the quality of life of their residents and citizens, however the essence of government is complex and profoundly rooted in interactions between social, political, cultural, organizational, and global structures.

On the other hand, technology when not adapted to governments’ nature, can be itself another source of complexity. Therefore, successful e-government implementations are those that are built around the needs and preferences of their residents and citizens, as William observes,

We’ve made sure that, as part of the process of using the virtual assistant, we ask everybody to give us feedback and it’s been really positive. It’s great to read people saying it enabled them to find what they’re looking for or that it helped them complete the task they were doing, while others saying they wouldn’t have used digital services previously and are now comfortable in using them through the landbot.
‍
We also have on-hand advisors, in our face-to-face centers in the city, who help people with their tasks by giving them the digital skills they need to access our services. As part of this cycle, we’ve been using Landbot in those environments too with our digital champions showing people how to use it efficiently and then residents have gone off using it, also because it’s simple to use and they’re comfortable.

Community engagement and improved services and experience will be key to the success of smart cities, according to Gartner. As written in this research, “to keep pace with the changing needs of citizens, and the development of new business, cities are now striving to become not just smart, but also innovative. Machine learning and chatbots are being used to engage citizens or assets with their environment.”

Digital platforms, when set up properly, allow cities to reduce the time spent collecting and processing contributions manually and give them more time to interact with citizens in a meaningful way, which consequently has a huge impact on the levels of trust in the local government. Liverpool City Council is the perfect example of this, as William recognizes.

There’s been lots of positives for us from residents in using Landbot. We spent time, and still iterate when needed, on making their journey as simple and smooth as possible, but the tool is also very intuitive and easy to use and this is great as it allows us to expand to other channels in a much shorter period of time. We’re currently working on implementing Landbot into Facebook Messenger, so we can offer our citizens and residents the responses they need in real time, 24/7.

Citizen engagement is a constant continuous process, where local governments should aim for quality rather than perfection and Liverpool City Council knows the most successful and sustainable approaches thrive due to careful preparation, engagement from the city council, and constructive cooperation.

Liverpool is definitely committed to build on progress, keep on learning and, at the same time, develop and expand its services’ offer for the present and future scousers generations.

With Conversational Design & Landbot, customer engagement reaches heights you have never seen before. Real talk with interactions that matter.

KumanuCare was created out of the necessity of patients and caregivers of chronic illnesses to find information without drowning in internet's ocean.