With Landbot the Time to Value reduced from 4 weeks all the way down to get the first prototype ready in 24 hours!
Diego Nievas -CEO and co-founder of KumanuCare 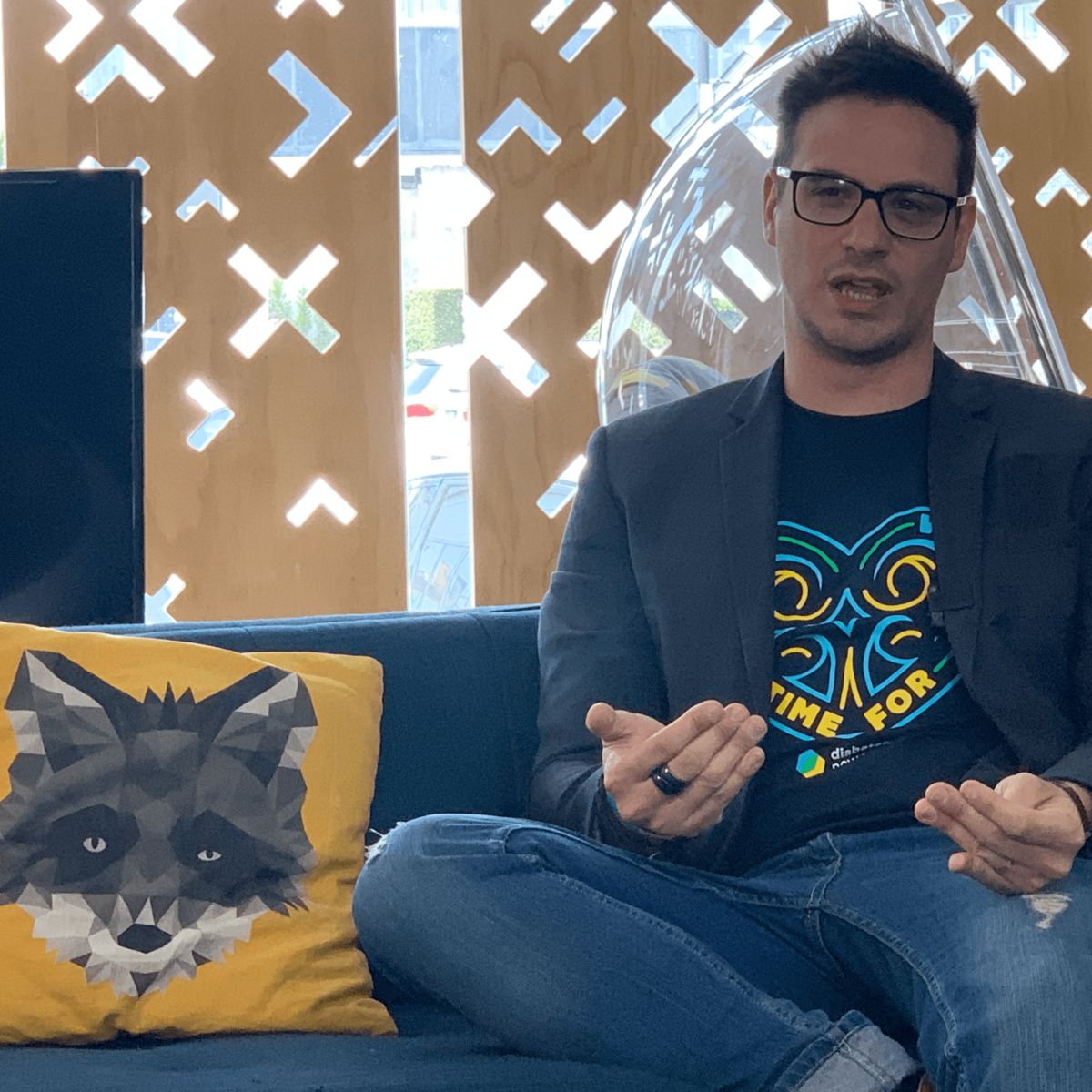 Company: KumanuCare
‍
Description: KumanuCare was created out of the necessity of patients and caregivers of chronic illnesses to find information without drowning in an endless internet sea. From New Zealand, to the world.
‍
Website: www.kumanucare.com
‍

“Imagine if every organization started with WHY. Decisions would be simpler. Loyalties would be greater. Trust would be a common currency.”

One of the most gratifying feelings ever is when you have a huge dream of how you can contribute to the world and an underlying sense of a significant purpose that will make an impact in someone’s life. Then, the first step after having a clear picture of this vision you need to take is answering these questions: Why you? Why do you care? Why is it important?

Diego always felt a constant need to make the lives of others better, but there was a main trigger that helped him shape his WHY. In 2012, his daughter was diagnosed with Type 1 Diabetes. It was back then when he realized there are many challenges for people diagnosed with diabetes. A lot is required of a person diagnosed with diabetes in terms of what to do and not to do, same as
with other types of chronic diseases.

Some patients are not only tasked with the physical aspect of learning how to
operate a new drug delivery system, but also the psychological reality that their lives are likely forever changed based on their recent diagnosis.

How often have you taken an online course and recall immediately afterwards, every single bit of knowledge you consumed? Probably never.We experience situations like these everyday life, where you learn something new. A day later, you’re able to remember that information pretty easily. A week on, it’s a little fuzzier. As time passes, the information fades more and more. This is called the forgetting curve.

“Imagine yourself being diagnosed with something you don’t understand, doctors will explain to you the best they can, but since this is something completely new, in a matter of days or weeks, 70% of that knowledge is gone” - Diego, CEO and co-founder of KumanuCare

By recognising the role technology can play in driving human progress and change, Diego and Max founded KumanuCare with the main intention of providing caregivers and patients with the information they’d need.
‍

How many of us had searched in Google for medical symptoms? And how many of us searched for “migraine” and we were immediately ( self ) diagnosed with a brain tumor or an aneurysm?

Given the complexity in many chronic illnesses’ along with misinformation on the internet, someone can simply look up a few keywords and think they have a diagnosis that may not be accurate. Misinformation is harmful not only because it lacks trustworthy sources of medical advice, but also because it can mislead the public eventually causing negative effects on their health.
To help caregivers and patients, tools are being developed to ease the verification of health claims via natural language processing and the retrieval of reliable medical literature.

“Natural Language Processing tools such as Dialogflow definitely helped us find information people needed and could rely on, but at some point we realized the one thing that wasn’t there was the process of being heard, for people to feel they’re having a conversation with someone which is highly validating and trust-building. And that’s when we’ve started thinking we should develop a frontend solution for this, where people could ask their questions and get their answers”, says Diego.
‍

The Imitation Game ( no spoilers )

Almost seventy years ago, a question was asked by Alan Turing ( Computing Machinery and Intelligence ) “Can machines think?” He argues that the imitation game, a thought experiment, is sufficient to determine a machine’s thinking ability.

In fact, one of the first and most famous early chatbots, Eliza, with just a few lines of code, successfully imitated a human non-directional therapist. If you typed you were angry, she might ask you “Do you think coming here will help you not feel angry?"

Prior to the current operating systems, computers could only be accessed by people skilled with languages such as DOS.In the internet era, technology innovation has been primarily driven by a community of software engineers, web developers and hackers.But what if coding isn't vital to tech success any more?

Gartner forecasts that low-code app building, which also included no code, will constitute more than 65% of all software development functions by the year 2024, with around 66% of big companies using at least four low-code tools and platforms.

We, humans, are not only imaginative beings but we’re also makers. And the good news is, you don’t longer need to be a PhD computer scientist to create chatbots. In fact, you don’t even need to know a single line of code.

“With Dialogflow alone, we’d need some lines of code and a few assessments, it was gonna take us around a month of trial and error development. When we discovered Landbot and we started using it, we saw there were webhooks and API connectors we could use straight out of the box and, without having any coding skills like me, it was amazing how easy to use it was!Not only that, but it also allowed us to get the Time to Value reduced from 4 weeks all the way down to get the first prototype ready in 24 hours!, which is massive!” says Diego.
‍

Back To The Future

Whether we’re reading stories or writing them, or both, they’re a way to share experiences with others, a way to understand history and a way to feel connected. This is the power of great storytelling.
‍
“We’ve always been storytellers and the first time we’ve used Landbot in our platforms was precisely for telling a story of one patient. This particular story was a long one and, before Landbot, we decided we would turn it into a book because it was really great. Initially, though, I thought this was going to be too long for a bot and that people wouldn’t dare to go through it, but it turned out to be the opposite! We’ve received emails from people saying it was an amazing experience and thanking us for this!”

The Josep Carreras Foundation counts solely and exclusively thanks to our 108,000 partners and collaborating companies. Do you wanna be part of the unstoppables against leukaemia? Click here.