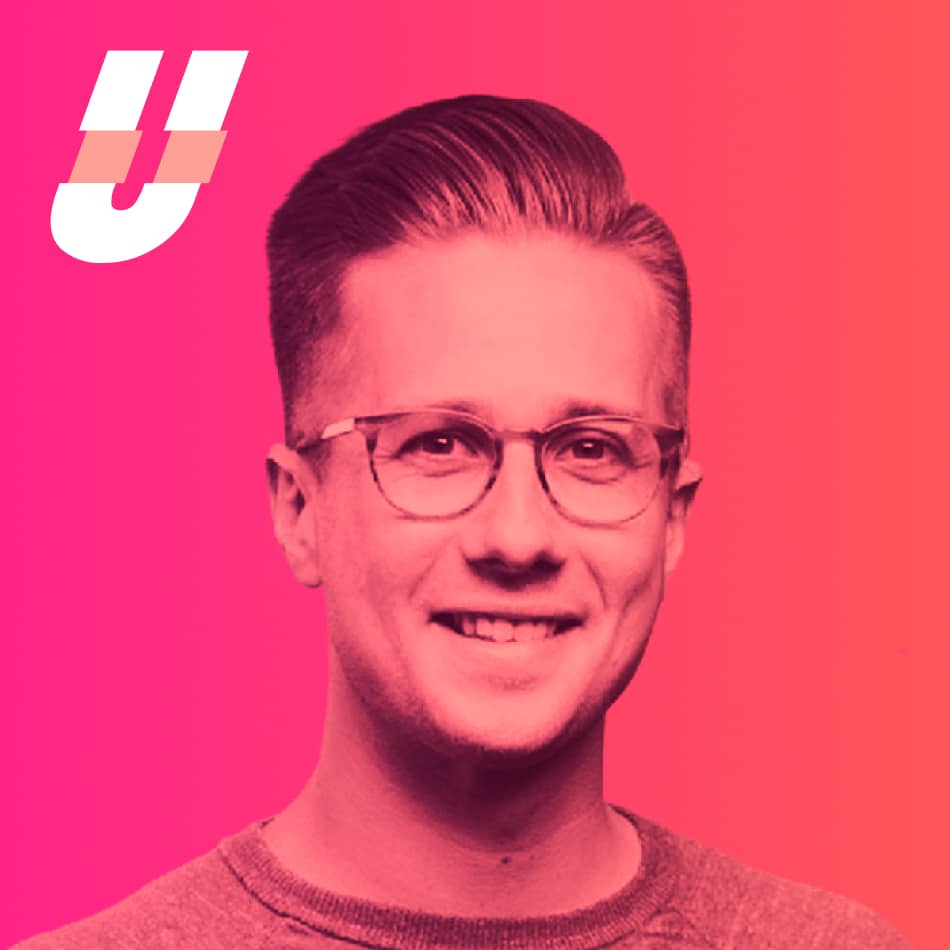 Not Another Virtual Event — The DEMAND Success Story with Mark Huber

TABLE OF CONTENT
Hosting Your First Virtual Event: When and Why Step-by-Step to Putting on a Virtual Event Post-Event: Results and Success Measurement To Conclude

Events have changed a lot since the start of the pandemic.

On the one hand, large-scale gatherings were (and still are) getting postponed indefinitely or canceled altogether. On the other hand, we saw new, digital versions of some well-known events come to life.

Company events were no exception, with many businesses putting on virtual events instead of in-person ones. But, even though they’re a great alternative when no other type of event is possible, virtual ones are not without their own set of challenges.

For Metadata’s Mark Huber, facing those challenges was worth a shot. Last year, the company hosted the first edition of DEMAND — its first event of any kind — and it couldn’t have gone any better.

In the latest episode of Ungated Marketing, Mark Huber takes us behind the scenes of DEMAND and walks us through all the steps to putting on a successful virtual event.

Hosting Your First Virtual Event: When and Why

The crest of a pandemic’s third or fourth wave doesn’t sound like the best of times to put on an event, let alone your first one, even if it will take place online.

For Metadata, it wasn’t so much about timing. It wasn’t even about the kind of event they wanted to do. The guiding principle behind all decisions was: “put on an event that we would want to attend ourselves.”

Once that was settled, Mark explains, things moved pretty quickly. “We figured out over the summer that, alright, we're going to do a virtual event. Now, I would have loved it if we were planning for this virtual event, you know, probably six months in advance. I think we had a little over three months.”

Even with time constraints, and a marketing team of three, Metadata pulled it off. A part of it came down to the fact that everyone was already on board, including the CEO, so there was no need to justify the decision to do an event and the value it would bring.

As for the justification, as Mark explains, they were “looking at it purely from a brand and community play.” The event’s goal was never to try and generate pipeline and revenue but rather “lay the foundation for building a community.”

Mark is the first to say they succeeded, so let’s dive deeper into the process.

Step-by-Step to Putting on a Virtual Event

As mentioned, DEMAND was Metadata’s first event, and Mark himself had no previous experience with events other than as an attendee. Overall, he’s not a big fan of what he’s seen so far. “They’re basically a sales pitch, at the end of the day, and it’s entirely focused on some product that they’re trying to push on to you. So it’s very far and between the events that I think are really good events that are tailored for the community.”

With that in mind, he and the team set out to offer a completely different experience.

The first thing they did was identify the topics they wanted the event to focus on, and from there, define the sessions and their formats. Thinking back on previous events’ attendance, Mark and his team decided that none of the sessions were going to focus on Metadata’s product. A very intentional decision, as Mark recalls, as they “did not want to put on an event that was promoting Metadata in any way.” Instead, they decided to pick out the topics based on their personal preferences and what the market and the company’s audience are interested in.

Once that was settled, they had to invite the speakers for each session and the corresponding theme.

Here, Mark tapped into all the relationships he’s been building at Metadata, as well as the CEO’s, who hosts the B2B Category Creators podcast and has had a lot of recognizable guests on the show.

“Everything that we've been doing from a marketing perspective, over the course of the last year or so, I was trying to build relationships with other people who I think get our same approach to marketing, they believe in it, you know, giving away value without asking for a whole lot in return. [...] And really just people who generally know how to be a modern marketer.”

The groundwork had already been laid out so that when reaching out to their selected speakers, most of them said yes almost immediately. Additionally, Mark resorted to the social proof of certain big names in the industry to invite more speakers. “When you see we're having David Gerhardt and April Dunford at DEMAND, [and we ask] would you like to speak at DEMAND, how can you say no?”

With guests secured, and a part of the agenda locked in, it was time to get the word out about the event.

Not everything was 100% set in stone when they first announced it, and Mark wanted to communicate that very honestly. “It was very scary for me because you want it to come across as sincere, and you're not selling snake oil. But you know, you also don't have all the details locked down. So I was very clear about that. And I was very clear in the follow-up email that I had sent out, which came from me. And people got even more excited that we were being that honest and transparent about our planning and where we were at.”

The strategy proved to be worth it because the response to those emails was really positive. Mark says that the replies and posts he saw on LinkedIn were all coming from people mentioning how excited they were about registering for the event. Even though they didn’t have the full scope of it yet, they were promised that Metadata would over-deliver on their expectations, and that helped spark curiosity among attendees.

On top of that e-mail communication, Mark adds, there was a big push on social media accounts, both on Metadata company accounts as well as employees’ profiles.

Finally, they also resorted to the speakers that committed to DEMAND from day one. “We got them to promote [it] on the day we announced the event. And then [again] leading up to the event, once we announced their speaking slot or panel, and then [again] in the week of the event to try and get some last-minute registrations, so that was really the organic side of things.”

If your company or team is big enough, you might have an events expert who can help you put an event together. But if you have a smaller team or business or have never hosted a virtual event before — both were the case at Metadata — you might need to turn to outside help. Mark did just that, and he couldn’t recommend it enough.

“If you haven't done this before, like us, you definitely need at least an events freelancer to help you stay on track, and more importantly, help with all the things that you just aren't thinking of when running virtual events.”

As for the remaining operations leading up to the event and on the day itself, since he got the whole company on board, Mark managed to have eight to twelve people working behind the scenes to make sure everything ran smoothly.

One of the most valuable things about in-person events is getting people together and offering them a chance to network with peers and possible partners or customers. In fact, for some people, it’s the only reason to attend corporate events.

To pull off a successful virtual event, Mark knew that he had to, in some way, replicate the network environment one would encounter if DEMAND had taken place in person. On the one hand, he had some of the speakers who had previously recorded their sessions participate in a live chat alongside their session, allowing attendees to connect with top marketers and ask them questions.

On the other hand, there were breakout rooms in the networking feature of the platform they hosted the event in that they used to cover both industry topics and other fun themes that had nothing to do with B2B Marketing. Marks adds that they “wanted to try and find a balance between serious stuff and not so serious stuff. And we had good results with that, too.”

Keeping attendees’ engagement in mind, Metadata decided to provide entertainment, in addition to the network opportunities. So they invited Corporate Bro to take care of that front.

Mark explains that, internally, everyone is a big fan of Corporate Bro’s humor, but they weren’t sure their audience would feel the same. “So what we did beforehand was, we have a customer advisory board at Metadata. And we sent out a quick little poll and asked, do you find him as funny as we do? Do you think you'd be a good fit at our event for the entertainment?” Mark further clarifies that it was sort of a mini focus group to ensure it was the right choice, to which everyone said they should do it.

As it turns out, Corporate Bro was a big hit, and it was one of the most requested recordings after the event.

In the end, how did Mark and the Metadata team measure the overall success of DEMAND?

The first thing they looked at was generated opportunities and pipeline revenue. Although they intentionally didn’t promote Metadata during the event, Marks explains that “before the event even started, we had nine opportunities that were directly attributed to this event with about I think it was 460 or 470k worth of pipeline,” that shows how they promoted the event right and sparked people’s curiosity ahead of time.

The second thing was the amount of content the event generated. As Mark tells us: “We repurposed every single possible ounce of content from this event, so much so that we could have stopped everything else that we were doing, and we would still have about five months’ worth of content.” That on its own was enough to justify putting on DEMAND and deem it successful.

Finally, they looked at what attendees said about the event and its aftermath. In the day and even weeks that followed, people were posting about DEMAND on social media, writing unsolicited blog posts about it, which Mark sees as “a huge return on investment” and true value that the sales team and CEO see as well.

There’s no telling how the future of events will look like, if there will be a total shift to virtual events, or if most companies will adopt a hybrid model of in-person gatherings paired with more frequent online ones. Whatever it looks like, at least based on Metadata’s experience, the future looks bright.

To dive into more details on DEMAND’s behind the scenes with Mark Huber, listen to the full episode below or tune in on Spotify, Apple Podcasts, or Google Podcasts.